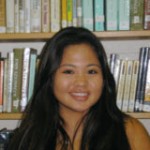 Darren T. Kimura is the Chief Executive Officer of a multi-million dollar business he founded in Hilo in 1994.  Since then he has opened offices in Chicago, Austin, Seattle, Boise, Salt Lake, Portland, San Francisco, Honolulu and the Philippines.  He has also founded seven other companies including Energy Conservation Hawaii, LLC; Pacific Energy Services, LLC; eCONTROLS, LLC; Energy$mart, Inc; Sopogy, Inc; Oasis Innovation, LLC. and Adgrow Networks,Inc.  In his role as CEO for Energy Industries Holdings, Inc., he focuses on developing strategic alliances and cultivating multi-million dollar projects with the goal of saving energy, reducing costs, and fighting global warming.  Besides Hawaii and the U.S. mainland, he has customers in Hong Kong, Guam, Japan and the Philippines.

Darren’s parents own an electrical contracting company in Hilo called JK Electric, Inc.  Working in the family business introduced him to the energy industry at age 8 as he worked in the office and on job sites.  Working at the company until 15, this experience taught him the fundamentals of energy and entrepreneurship.  He noticed that there was a noticeable increase in electricity consumption due to air-conditioning, televisions and computers, but no new power plants were being constructed to provide the additional energy.  Also, in 1994, the Big Island was going through rolling blackouts, which encouraged him to create Energy Conservation Hawaii.  His philosophy is, if we can reduce the amount of energy we use, we can avoid rolling blackouts.

He graduated from Waiakea High School in 1992 where he was involved in student government, mock trial, tennis, and track and was a dreamboat for the Keywanettes.  He learned most of his core academic and social skills through his classes, SGA, and participation in sports.  WHS gave him the chance to find himself and build his self-confidence. The Keywanettes helped him to build character by making him make difficult and, sometimes, unpopular decisions.  After high school, he went to the University of Hawaii at Manoa and majored in Business Administration.  As a freshman in college, he ran his first business, Energy Conservation Hawaii, using his Chevy Blazer as his office.

His advice to high school students who are interested in working for him are to get a college degree and, if possible, an advanced degree.  Also, gain experience by working while in college (Darren worked 3 jobs as a freshman!)  Travel to broaden your horizons and expand your mind.  Live outside of Hilo and outside of Hawaii, if possible.  Then, return when you are ready to contribute to making Hawaii a better place.  And last, but not least, develop your verbal communication skills (build your vocabulary) because so much of the communication in Hawaii is physical, yet so much of communication in the business world is verbal.  He says, “There’s something very special about Hilo and its entrepreneurs.  Many great business people have hailed from Hilo and I’d like to see this continue to propagate.  We need to inspire the next generation of WHS students to continue to seek and achieve entrepreneurial success.”