This letter dated November 25, 1977 is the preface to a study called “Comprehensive Energy Program for Hawaii” commissioned by the Senate Energy/Natural Resources Committees.  In it, Senator Yim writes about how Hawaii, in 1977, was 96% dependent on oil.  He discusses how Hawaii has many local resources and the State should achieve a secure energy supply thereby creating new jobs and boosting our economy.  He cites how the state purchases $500 million in oil each year and mentions that we have “sufficient lead time to develop these resources.”

Fast forward to 2010.  According to the Department of Energy, the state is still 90% dependent on imported oil and according to the Hawaii Clean Energy Initiative, the cost for that oil is estimated at $6 billion per year. 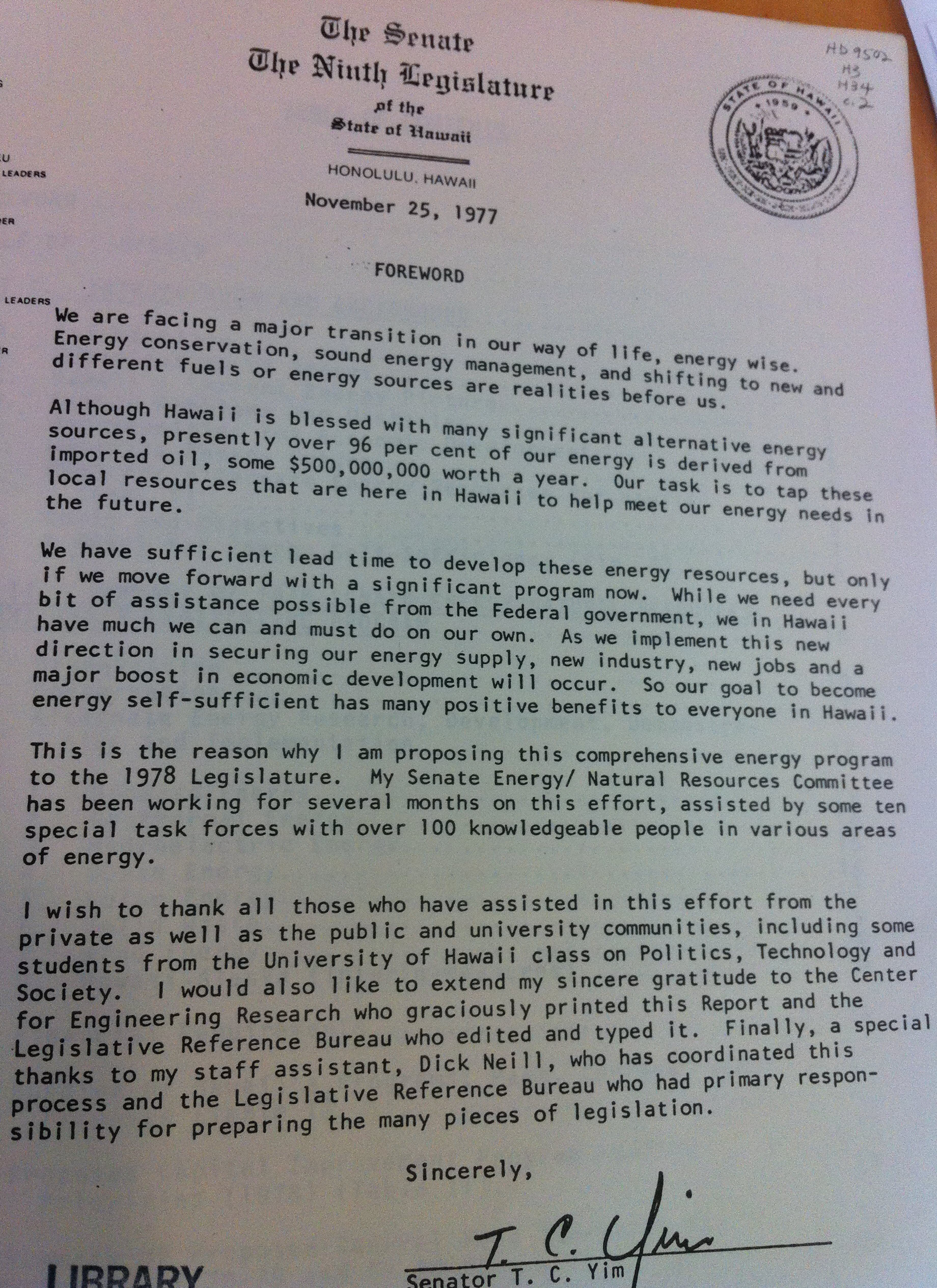 This figure below is from the report and cites how the Big Island could achieve energy self-sufficiency by 1990 and the State of Hawaii could achieve self sufficiency by 2010.  At that time Ocean Thermal Energy Conversion and Geothermal power were significant contributors to the clean energy scenario, molasses based ethanol would contribute to transportation fuel and Hawaii’s load was estimated at 3,000MW (we are at 2010 2,437MW according to 2008 EIA report). 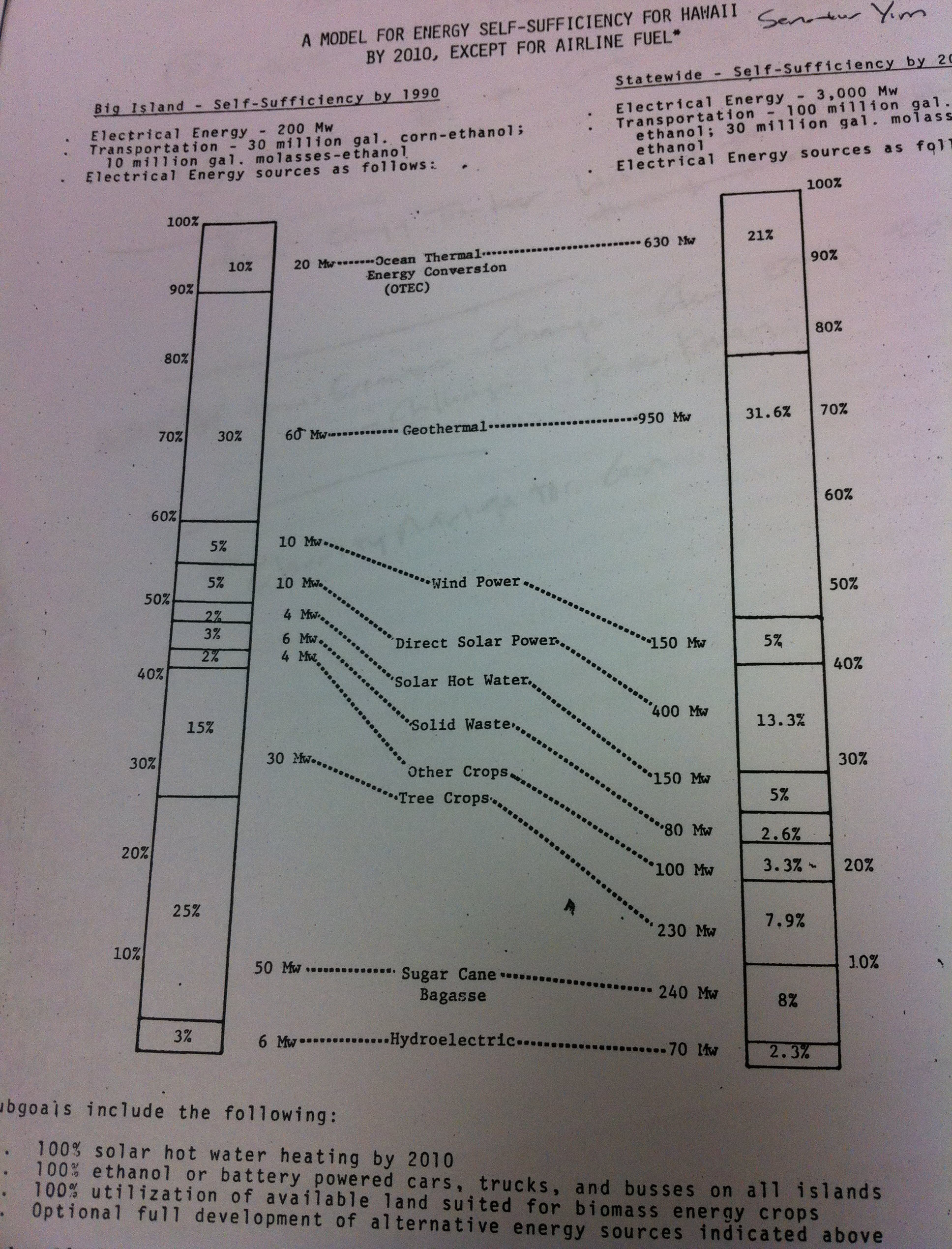 In the time shortly after 1977 history shows us oil price easing, a shift in political focus and high technology cost, all valid excuses why the goals from the plan weren’t achieved.